Production Science played an integral part in the realisation of Ars Electronica’s ambitious 80+1 project. The project formed part of the Linz 2009 European Capital of Culture Year, and was sponsored by Voestalpina and Linz 09. As well as organising a virtual journey around the world, we were responsible for the construction of a temporary building in Hauptplatz, Linz and the collection of interactive art from around the world within. Our scope of work included project, budget and construction management and operation of the building for three months. We also constructed the technical framework for the ‘Global Window’ – a collaborative space designed to connect people and places worldwide in order to debate and share issues and create and explore social connections. More details: 80+1

A unique world tour of a `nomadic art gallery`, touring a Zaha Hadid designed gallery to major city sites. Production Science were responsible for planning the art program as well as being responsible for technical and artist liaison, building services and shipping/international and cultural issues. We also provided all of the AV items. (for Chanel and Ove Arup) 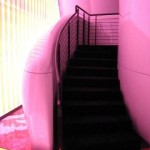 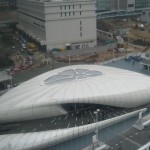 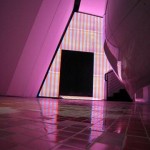 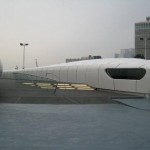 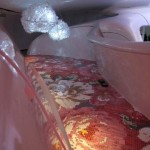 The building and art fitted into 77 x 40ft containers and 4 x 747 Freighters. It was conceived by Karl Lagerfeld and designed by Zaha Hadid.

The Millennium Dome was built as a major visitor attraction to celebrate the start of the third millennium and like so many other visitor attraction projects it ran into financial problems principally caused by relentless optimism on the part of the operating company. Forecast to get 6M visitors but requiring 12M to balance the budget it required significant external support. It had many detractors but upon questioning virtually all of these had never visited the site and it had a reputation as an expensive but enjoyable day out and was more popular than Alton Towers and the London Eye during 2000.

The interior of the Dome had a central show and 14 exhibit Zones themed as:

Our involvement began with the technical planning of the Play Zone and expanded into the Money Zone before being asked by NMEC to take on the daily task of operating and managing all of the interactive exhibits under their control for the opening year.

Despite the fiscal problems the exhibits were a significant milestone in visitor experience and in particular we were proud to have been employed by Land Design to assist in curating and building the Play Zone.

The Play Zone was unique in that it had no sponsoring organisation and was devised as a space that interpreted the word ‘Play’ using new media art.  Land Design were contracted to design and build the space and they in turn contracted Fraser Randall for project management and us for technical consultancy and management.  Land turned to Ars Electronica for digital assistance and a whole visitor journey and movement system was devised that brought the visitor in from the inner loop walkway, gave them some preshow orientation and dropped them in at the top of the building onto a ramp that gave an overview of the exhibits before allowing visitors to experience unique digital play experiences. On their way out the visitors passed the reverse side of the orientation exhibits and realised that static objects had been brought to digital life on their reverse face by use of ‘peppers ghost’ screens.

The curation and design of the Play Zone involved a number of visits all over the world to transfer the artist’s technologies and gain their confidence in our team to deliver their works.